There is an image going around the Internet that purports to be a picture of the sign on the front of the Bill and Melinda Gates Foundation with an inscription added to their names that says, 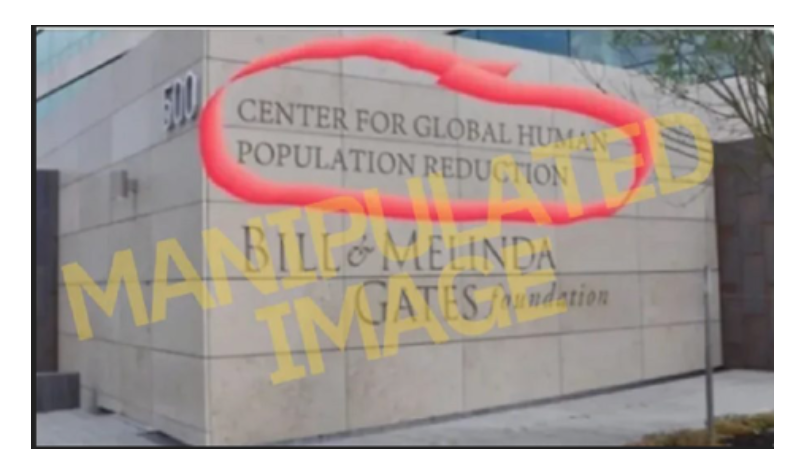 And I remember thinking when I received it, Well, they finally admit their basic purpose and the vaccination jihad is simply the main program to accomplish it.

It turns out, however, that the tag line of the population reduction statement was photoshopped.

The real statement in front of the building simply says Bill and Melinda Gates Foundation. 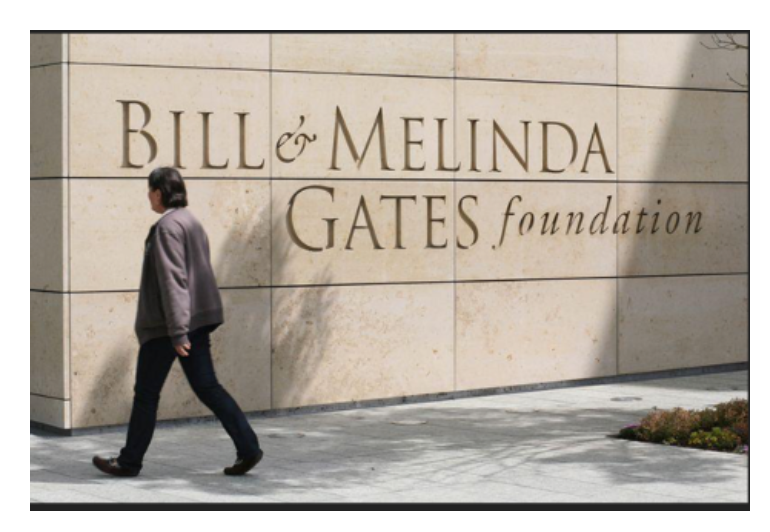 The photoshopped statement, while not in fact inscribed on the entrance is, in my opinion, the primary intention of Bill and Melinda Gates and their immense foundation.

In pursuit of this goal, Bill Gates, his wife, and their foundation have become the planet’s premier vaccination jihadists and the de facto kingpins of global health.

The vaccination agenda is not the only population control program that they push, but it is the largest and most pervasive by far.

Pretty strong words, I know, but read on… if you dare.